It was a glorious celebration, praise God! 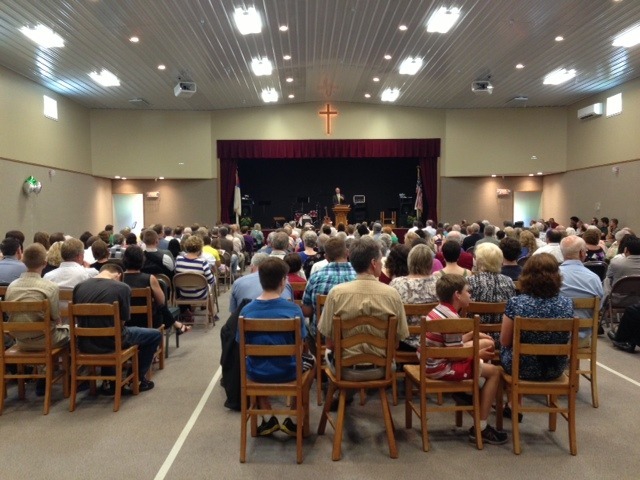 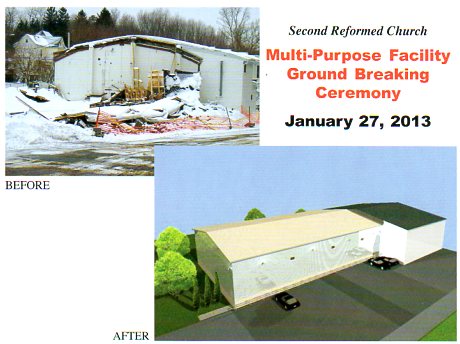 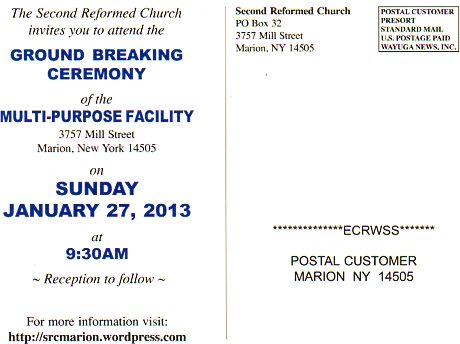 The congregation votes nearly unanamously to continue the project.

Tonight the congregation was informed about the outcome of the insurance negotiations and voted on the question: “Shall we replace the gym endeavoring to keep to available funds*?
(*insurance settlement plus gifts),
The overwhelming response — OVER 98% counting both present and absentee ballots — was
YES!

What’s Up? We’re just about done negotiating with the insurance company!

What’s Next? This letter was sent to our friends and neighbors.

An informational meeting is held on March 20, and a vote is taken on March 27 allowing the Consistory to gather options for possibly rebuilding the gym. A vote to actually proceed or refrain will be taken at some future date.

In the meantime, negotiations with the insurance company and plans for cleanup continue.

The gym collapses minutes after everyone has left.