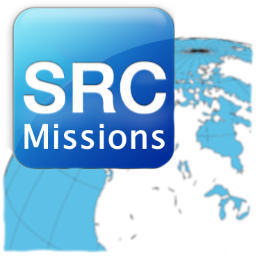 Seeing God in Everything

Longpre longs for people in her village to know the hope that she has found in God’s Word. This 23-year-old wife and mother lives with her family in a remote area of southern Bangladesh. There are no vehicles and no public transportation. She must walk two hours to reach the closest market.For years, Longpre and her family worshipped nature.

But when her daughter got sick, a local pastor—and Bible League-trained church planter—began to comfort her family. “Pastor told us that Jesus would heal our daughter, and I believed him,” she says. “Miraculously, she was healed.”

The pastor continued to visit the family, teaching them God’s Word. Longpre began to worship God, and she saw major changes in her life. “We had many struggles in our family. Our marriage was not very easy,” she says. “Now, we have a lot of peace and understanding between us.”

She credits the change to her family’s time in the Word. “Jesus has transformed my life and my character,” she says. “My neighbors did not like me, as I was known to pick fights for small issues. But God taught me peace.”

Longpre no longer worships nature, but the one true God. “My house is just below the mountains and is made of bamboo. We do not have electricity; only the sun gives us light. When I look at the mountains, the hills, the sky, and everything, I know that God created it all.”

Her hope for the future is that people in her village could know Jesus. “This really is a changed life,” she says. “Many women like me in the village are struggling. My prayer is that Jesus changes their lives as He changed mine.”

Metaqsya, pictured with her children, was born and raised in Armenia. She remembers growing up in a prayer-filled household. She explains, “When I was still a kid, my parents became believers. I remember my father and mother would read passages from the Bible every night, after which we prayed together as a family.”

As she got older, she began to neglect her faith. Then she fell hard for a boy. She reveals, “As a teenage girl, I fell in love with a boy who was not a believer. My parents weren’t happy about that. I neglected their advice and married him. I was blinded by love; I thought my boyfriend was the perfect man. But I was wrong.”

After having two children of her own, Metaqsya discovered her husband was not the kind man she thought. He became physically violent with her. Eventually, he left the family for another woman. A friend heard about the situation and came to see her. “I have a close friend who is a believer,” she says. “When she heard about what happened to me, she tried to visit me several times, but I refused to listen.” In her frustration and despair, Metaqsya fell to her knees and cried out, “Oh God, please help me!”

She says right at that moment her friend showed up. “She told me about Jesus Christ,” Metaqsya says. “Then she invited me to join something she called ‘Choose Life,’ a Project Philip Bible study. The name of that program sounded so attractive to me. I decided to participate. I loved it!”

She goes on to share how she realized she’d been against the Lord for years. She says softly, “I felt how God gave me peace. Day after day, I experienced God helping me. I’m telling you, it’s because of the study group that I am growing in my Christian life. Thanks to all of you who are supporting the Bible League ministry in Armenia!” Peter (left) had a good life. At 26 years old, he owned a welding business and had a working farm in his village in Zambia. He and his wife had children and they were building a house.

One day, as he was returning home from work, Peter was attacked by three men. In an act of self-defense, Peter hit one of the attackers with a pole, killing him. Peter was arrested and sentenced to two-and-a-half years in prison.

During his sentence, Peter decided to join a Project Philip Bible study for inmates. “I found most of the inmates being so serious with the Word of God, studying nearly every day. I decided to be born again and gave my life to Jesus Christ before I was released,” he says.

Peter learned so much about the Bible through discussions in his Project Philip group and the lessons in the Your Journey to Freedom Prison Bible he received. “It was really interesting to meet as a group and discuss the questions together as a team,” he says. “We could help each other and agree in conclusion after each topic. I thank God for such arrangements.”

Peter was released after eight months in prison. But he didn’t receive the welcome home he had hoped. His wife had remarried and his children were now living with her and her new husband. “I was in shock and fell into depression,” he remembers. “My farmland and house were being occupied by someone else and nothing was left.”

But Peter kept hope. “I am grateful and inspired, having received a free copy of the Bible from Bible League during my imprisonment. It was my tool and weapon to overcome such challenges in life,” he says. “I learned not to repay evil with evil, but good for evil. I am now using the same Bible to share the love of God with other people and my family. I am now a changed person and thank Jesus for setting me free through Project Philip.”

Peter reflects on the personal changes he’s seen since accepting Jesus as his Savior. “Previously I was short-tempered, even when I was in jail. But after receiving the Word of God, I am now a changed person and my temper is gone.”

He’s using his knowledge of Christ to share the Gospel with others, including his children and family. “What is different now in my life is that I have managed to bring back my children and I am moving on with my new life,” he says. But he’s not stopping there.

“I feel that God is leading me to minister with His Word to many people. I would like to take part in the prison ministry so that I can help inmates as well,” he says. “By spreading the Good News about Jesus and what He did in my personal life, I can contribute towards growing His kingdom.”

Young people in Japan have embraced the print and digital versions of the bilingual (Japanese and English) Alive New Testament easy-to-read translation. This generation is learning that their heavenly Father loves them and wants a relationship with them. Watch the video to see how this translation is transforming lives.

Today, if you were to ask that question of people in Japan, especially young people, few would have a clue. Some might say, “Is He an American? Is He a movie star?”

For many years, Jesus and the Bible felt distant and stern to the Japanese people, especially among the younger generations. The only Japanese Bible translation available made Jesus seem to be a strict teacher or drill sergeant who commands people.

Today, young people in Japan have embraced the print and digital versions of the bilingual (Japanese and English) Alive New Testament easy-to-read translation, released in 2017. This generation is learning that their heavenly Father loves them and wants a relationship with them.

Now, our team is working on the Old Testament translation so that the people of Japan can have a complete Bible in a language they can understand. Believers in Japan are eager for the Old Testament.

Your support will help complete the Old Testament so that the full Bible will be available to all Japanese people. Help bring the Word of God to Japan.

Praise God that in the Correctional Services of South Africa, some Project Philip Bible study leaders will be able to resume their prison ministry programs. While only few will be able to start now, the rest will be evaluated on a case-by-case basis. Pray for the health of all involved, that the rest of the programs could start soon, and that God would use these Bible studies to change lives.

Pray for the online Project Philip training in the Philippines with 50 people starting soon. Pray for stable internet and for Pastor Eli who is conducting the training.

Thank you for your prayers and financial support. Your gifts to Bible League International help provide Bibles and training to a world in need.